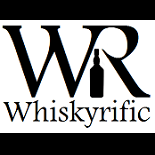 Why do two casks behave so differently?

Casks are individuals like people, though there are some generalizations that can be made.

While researching further I happened across the SMWS articles archive, a veritable treasure trove of information, and this is what they have to say about casks (extract):

Who would’ve thought that from a brash, confident US of A could come smooth wonderful subtlety? Well ya’ll be surprised to learn that’s what you can expect from casks that have previously borne bourbon.
• Made from American oak (Quercus alba)
• Charred inside for 30 seconds – 4 minutes
• Removes any nasty bits from the spirit
• Reduced nose-curling sulfurous tones
• Bourbon seasoning reduces the bitter tannins

Cask Type: First fill barrel
Usually the smallest cask used for whisky (200 litres) the barrel’s capacity means that the wood surface deals with a lesser quantity
of spirit, which can make maturation faster. This is a first fill cask, so previously untouched by whisky, just ‘seasoned’ by the bourbon.

Flavour
First fill casks usually make for richer flavours. This bourbon cask is characterised by vanilla, toffee, caramel and crème brûlée notes,
and is one of the smoothest whiskies as the charring helps remove harsh tannins.

Cask Type: First fill hogshead
A hogshead is made adding staves to a barrel for a volume of 250 litres. This was industry practise since bourbon casks began to be used, but the industry has since changed to first fill barrels shipped direct and filled, so first fill hogsheads are becoming more rare.

Flavour
A first fill hogshead generally encourages more oxidation than a barrel, with more fresh and minty notes in addition to the sweet first fill
flavours of vanilla, toffee and caramel.

Cask Type: Second fill barrel
Identical to a first fill barrel, but has previously been used to mature whisky so passes subtler tones onto the second fill. Important in the
vatting process for single malts (not single cask, single malt obviously) to combine with richer first fill casks. Something as a member you need not concern yourself with!

Flavour
These whiskies have lighter more floral and citrusy notes, with hints of creamy vanilla. On the whole these second fills give a more balanced range of flavours and any fruity mouth-watering distillery tastes are preserved.

Cask Type: Refill hogshead/barrel
The refill barrel and hogshead give the lightest character of any other type to a maturing whisky. This is due to the minimum of two previous whiskies that have drawn the flavours from the cask. They may not be as richly flavoured, but remember that each and every Society bottling has passed the stringent scrutiny of The Tasting Panel.

Flavour
Though they pass little of their own traits to a maturing whisky, this allows the distillery character to shine. Expect a flurry of citrus, barley and salty notes, with earthiness allowed to dominate from the peatier single malts.

Cask Type: First fill sherry butt
The most common of sherry casks, the butt holds around 500 litres of spirit. A 1st fill sherry butt will produce the darkest colours of
whisky, and create some of the strongest flavour characteristics.

Cask Type: First fill sherry hogshead
Made of American oak, sherry hogsheads are very rare breed indeed, though the differences in flavour are not as dramatic as you
might think.

Flavour
As with a sherry butt, flavours are lead by rich, dark fruits, but the difference in wood means that a whisky from a sherried hogshead is
often sweeter but with less oily notes.

Cask Type: Refill butt
Probably the most variable quality of all cask types, like their bourbon refill cousins, a refill butt has previously borne two or more
whiskies. On occasion, refill butts can almost be as rich as first fill sherry butts.

Flavour
The influence of the oak and sherry can vary significantly. This variability translates to a diverse range of flavours in a refill butt whisky.
From dried fruit and marzipan to the leathery and oily through to savoury and charcouterie meats, they always surprise.

New Charred Oak
The rarest of them all is new oak, a recent development in maturation first used in 1991. Created specifically
for whisky, it has had no previous tenants. Expect sweetness and extraordinary levels of wonderful spice.

Flavour
New charred oak can be tailored to provide certain flavours, but on the whole you’ll find amazing sweetness, including toffee, chocolate, vanilla and oaky or spiced notes. Often gives the impression of an exotic spice market.

‘Butt’, ‘barrel’, ‘hogshead’, ‘pipe’ are terms that refer to capacity, and while not strictly indicative of its previous liquid content, a whisky that refers to being bottled from a ‘butt’ certainly means a sherry butt, but on the other hand ‘hogshead’ COULD mean either bourbon or sherry. 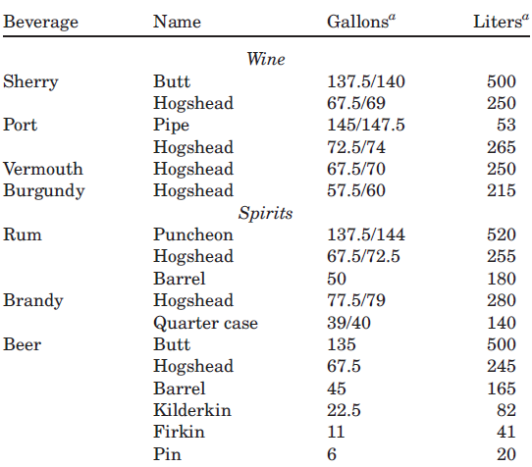 Despite having accumulated a number of bottles now, I am not sure there is a convention on when to denote a hogshead as a plain ‘hogshead’, meaning a bourbon hogshead, and when to add the descriptor ‘sherry hogshead’. Colour is no guarantee either, I’ve had whisky from ‘hogshead’s that were as light as straw to deep gold, and some refill butts produce whisky as light as white wine.

The reason for this is that generally, the more often the number of times a cask been refilled, the lighter the whisky it produces. Not that we the consumers would know how many times it has been refilled anyway, casks are typically ‘first fill’ ‘ex-sherry/bourbon’ or ‘refill’- it could be refilled three or six times. Then the casks could be ‘refreshed’, meaning the insides are shaved down and possibly recharred. On top of that, American oak and European oak ‘tastes’ and behaves differently, then there is the question of pore structure. Could a tighter pore or grain structure in the wood release less flavour? Casks truly are highly individual.

But I’ve always wondered is there a difference on the palate between say a 6th fill butt and a 6th fill bourbon barrel ceteris paribus? Would there be an alignment in character once a good amount of whisky has almost exhausted the oak? Unfortunately I may never find out myself, the question is best left to those close to the industry with the right access to write about, and for common folk like us to read about.

The bottom line? Whatever the cask, if the whisky is good, I’ll drink it.

This entry was posted on December 3, 2013 by Whiskyrific in Barrels and tagged bourbon, butt, casks, hogshead, sherry.